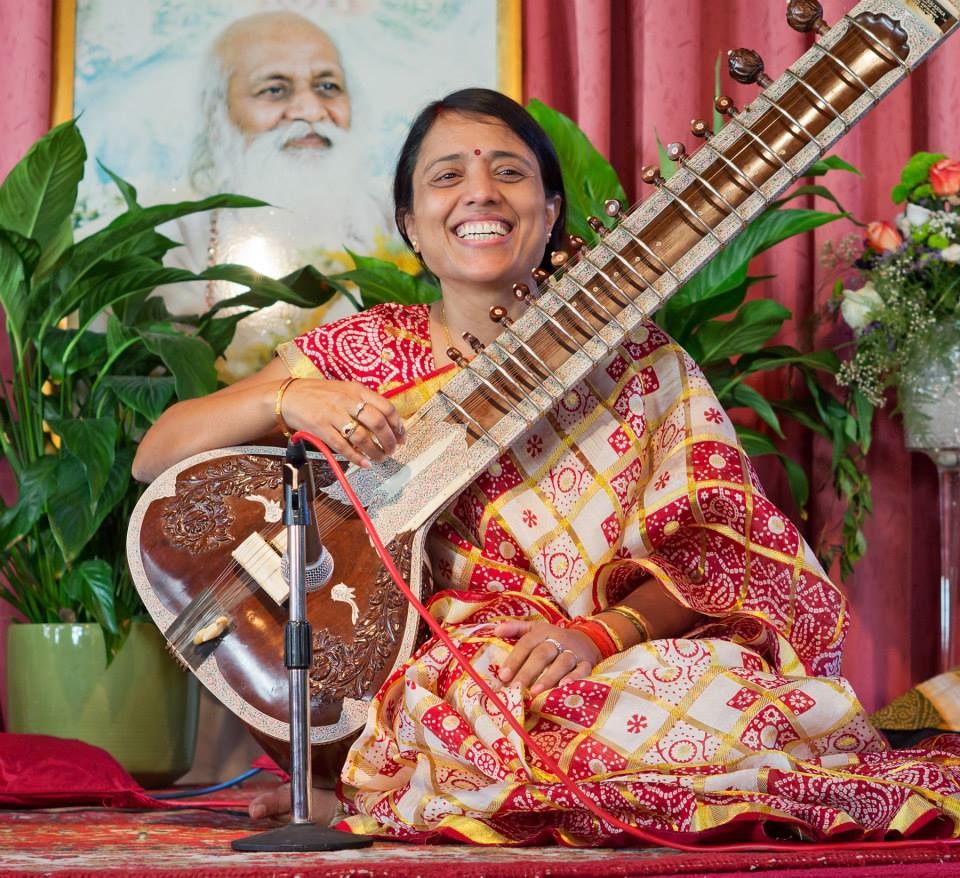 A wonderful return performance on Sitar by Reshma, who has mastered the instrument and has delighted audiences all over the world. Reshma Shrivastava has been performing on Sitar since she was 8 years old. She is the recipient of numerous awards for her music.

We sold all our Early Bird TICKETS, so this concert is ON!

“It is hard to describe in words how beautiful this was. After listening to Reshma play traditional Indian evening ragas with the evening breeze blowing and birds talking in background, I felt restored clarity. I felt centered. Things that have been weighing on my mind were put back in perspective as very small in the grand scheme of things. Things seemed as they should be, and I felt more in tune with the universe.” – Miche McClendon

“Reshma Srivastava is Saraswati incarnate! One of the most remarkable sitar players next to Ravi Shankar. Listening to her play is transformational–a sound like no other.”–DeeDee